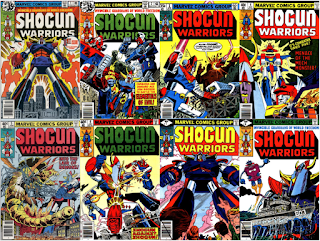 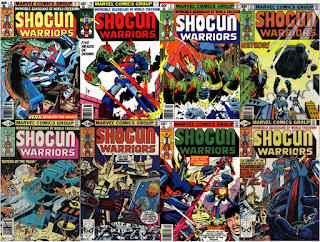 Nostalgia is a funny thing. There are times when it's warm embrace is like a trusty old blanket, and then there are times when fond remembrances are best left in childhood. Like a lot of fortysomethings, I had Shogun Warriors toys as a kid. I had Raydeen and Great Mazinga in the '70s and loved them. They were solid toys that a kid could beat the heck out of and they kept on trucking. 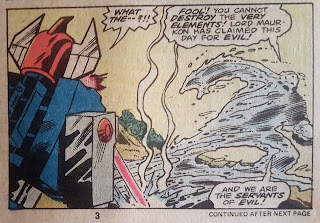 I owned issues 1 and 14 as cheapo back issues circa 1983. I have been wishing and hoping for an Omnibus of this book for years. Over the years I pieced together a run of this title for little money, and started reading the series a while back. 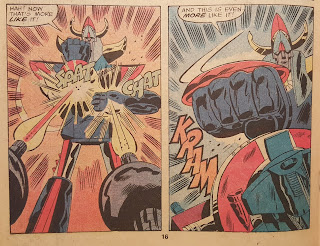 The verdict? Well, Doug Moench is a fine writer who has done a lot of good work elsewhere. Herb Trimpe shines with silly Jack Kirby inspired monster stuff, and giant robots fighting giant monsters are right up his alley. The title has a certain pedigree of talent. The general vibe is that not a lot of effort went into this since it was a cheesy kids comic, which is fine since that was the intended audience for the toys and this comic book. There are times when the series is entertaining but by and large it, much like Marvel's Godzilla comic, were simply bottom rung Bronze Age titles which are now held in high regard solely based on nostalgia. That said, I can't wait to buy this in hardcover someday. Someday science will come up with a name for my malady. I offer the term Shaw Syndrome to science.
Posted by Kris Shaw at 6:39 PM