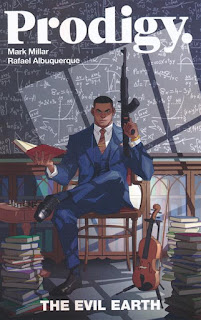 I like Mark Millar. His stuff doesn't always fry my mind but there is usually enough of a hook to intrigue me enough to keep going. I'm not sure if I'm in for the next volume or not. This is close to his Nemesis series, and I enjoyed that one a lot more than I did this one. 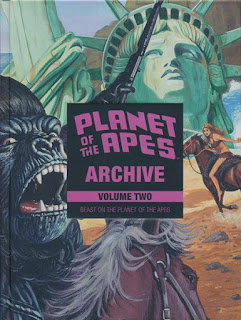 I am hoping that Disney buying Fox means that Marvel will eventually get the Planet Of The Apes license back and we can get proper, comprehensive reprints instead of Boom's arranged by storyline method of collecting. While these are nicely done books I prefer material to be collected in publication order. I'm glad that these were finally reprinted. They have since been falling out of print and are now commanding some money on eBay. I'm keeping mine. 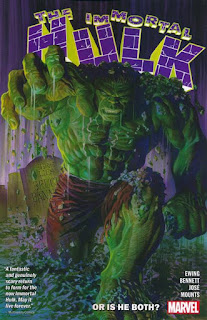 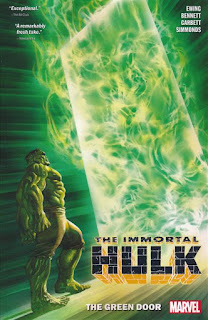 I had heard endless great things about this title, so when I saw them at the library I had to give them a spin. Wow! This is very similar in tone to the first six issues of The Hulk by Stan Lee and Jack Kirby, only infused with modern sensibilities. The original take on The Hulk was Horror/monster-tinged, Cold War paranoia. This take is similar, replacing The Cold War paranoia with the horror of humanity and conspiracies involving our own Government, who seek to weaponize the methods which made Bruce Banner turn into The Hulk.

The Absorbing Man appears in the second book, and he is one of those villains that never ceases to make me smile when he shows up to fight someone. They have reissued both of these trades in one hardcover. I will pick this series up at some point in some format. Time and money are both in shorter supply these days for me when it comes to comic books, but this is a series that I would like to reread.